The annual ‘Jason Richards Memorial’ will form the Rotax Pro Tour’s fifth round of seven in the 2016 season. The award is not one given to the fastest driver, nor the driver who takes the win in the finals on Sunday, but instead it is awarded to the driver who upholds and possesses the values, personality and mateship of New Zealander and former V8 Supercar driver, the late, Jason Richards.

In lieu of the unfortunate theft of a team trailer from the Bolivar circuit, the Rotax Pro Tour in conjunction with a fleet of supporters will conduct an auction on Friday evening at the ‘JR Memorial Award Night’. This will be to help raise money for the four drivers who have had their equipment stolen. Items to be auctioned include a Rotax engine, Craig Lowndes’ own Red Bull Racing Australia race suit, and a hot lap in a Red Bull Racing Australia V8 Supercar. More information on the auction and the items available can be found at the Rotax Pro Tour Facebook page.

Since becoming an annual part of the Pro Tour season, the Jason Richards Memorial has been awarded to; Troy Woolston (2012), Hamish Leighton (2013), Steve Ellery (2014), Jack Richardson (2015). An essential element to being awarded is reflective of a quote associated with Richards, “its not about the man in the fight, its about the fight in the man.” 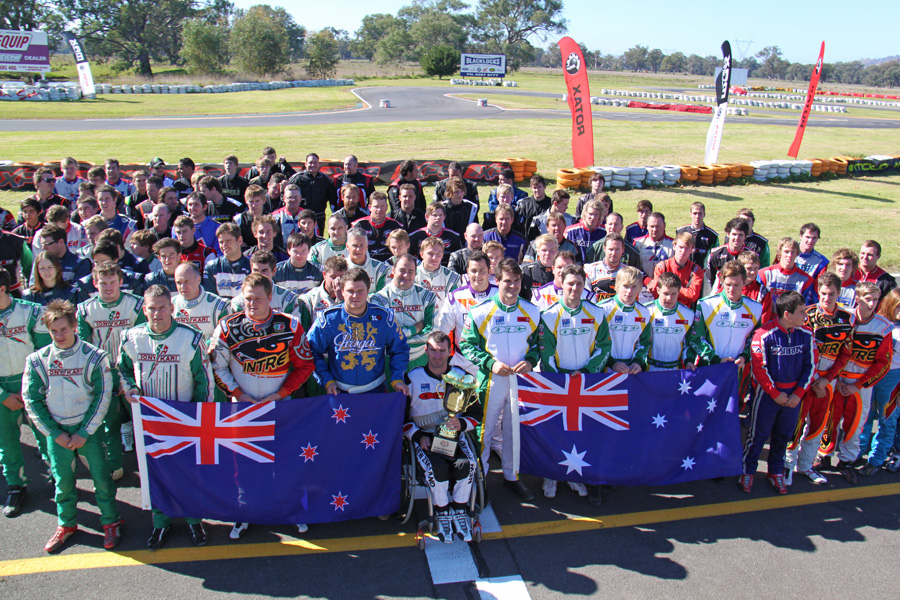 Above: The inaugural Jason Richards Memorial held at Albury Wodonga in 2012. The award was presented to Troy Woolston, with Kyle Ensbey taking victory in DD2 and winning the Jason Richards Cup.

The Jason Richards Cup is another feature to the ‘JR Memorial’ weekend and is awarded to the overall round winner of DD2. This association relates to Jason’s involvement with the category, competing at a Pro Tour round in Geelong in 2010. Previous winners of the Jason Richards Cup are; Kyle Ensbey (2012), Jason Pringle (2013), Jordan Boys (2014), Jason Pringle (2015).

Managing Director of International Karting Distributors, the promoters of the Rotax Pro Tour, Ian Black reflects on the Jason Richards Memorial and emphasises how much of an important addition it has become in the Pro Tour since its inception in 2012 and admits each driver that has been given this award since then are all truly valuable recipients.

“We have so many skilled and talented drivers within the Pro Tour, both across our Junior and Senior classes and in many cases, their skills extend beyond their abilities behind the wheel but also their attitude and focus off the track. It has been a pleasure to introduce the Jason Richards Memorial into our series and subsequently witness how higher regard it is held by each and every driver.” 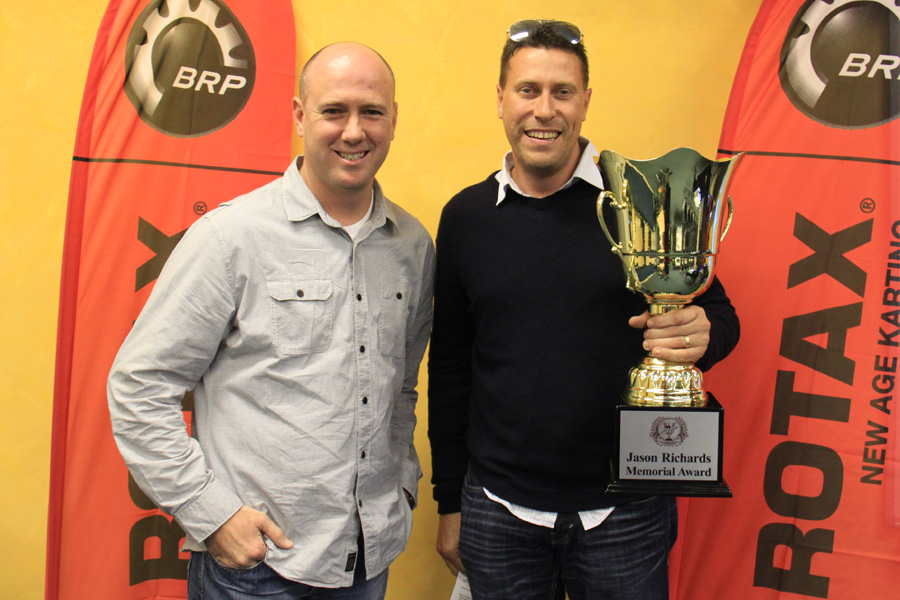 “Jason was a driver like no other in the V8 Supercar Championship and further across all of his racing in his career. I thoroughly enjoy reflecting on his career, in particular his appearance at the Pro Tour some years ago and very much look forward to the ‘JR Memorial’ event each year,” Black said.

The official ceremony for the 2016 Jason Richards Memorial will be held at the Para Hills Club on Friday 15th July, commencing at 7pm and an open invitation is extended to all drivers, teams and officials. More information can be found by visiting www.rotax.com.au.

An official announcement of the winner will be made via the Rotax Pro Tour Facebook page on the night immediately following the formal presentations.