Lights Shine at Rotax Nationals as Lammers Fires on Debut

Two-time World Champion Bas Lammers has shown a clean set of heals in DD2 as qualifying and heat one for the 2014 Sparco Rotax Nationals have provided an array of mixed results as the chase for success continues at the Ipswich International Kart track.

DD2 Masters – Proudly sponsored by Lucky Bling
Following his dominance of the DD2 Masters class throughout the Pro Tour season, Karting World’s Adam Hunter secured pole position with a 48.022, firming his position in the lead of the series rankings. Victorian Hamish Leighton secured his quickest lap on his final circulation in qualifying to start alongside of Hunter. Klinton Hancey, who sat second for much of the session, would qualify third making it a Tony Kart top three with Albury’s Danny Wright taking fourth. Tony Bregonje’s session was ended early following a loose wheel although he secured the fifth quickest time with defending champion, Daniel Richert taking sixth.

An early break for Hunter in the opening heat race saw him jump away to a comfortable lead and eventual race win ahead of fellow front row sitter Hamish Leighton. Klinton Hancey locked away a Tony Kart top three in a mirror of the results from qualifying. Praga’s Danny Wright maintained his position and finished fourth while DD2 Masters debutant John Grother worked his way through to finish fifth, with Daniel Richert taking sixth. 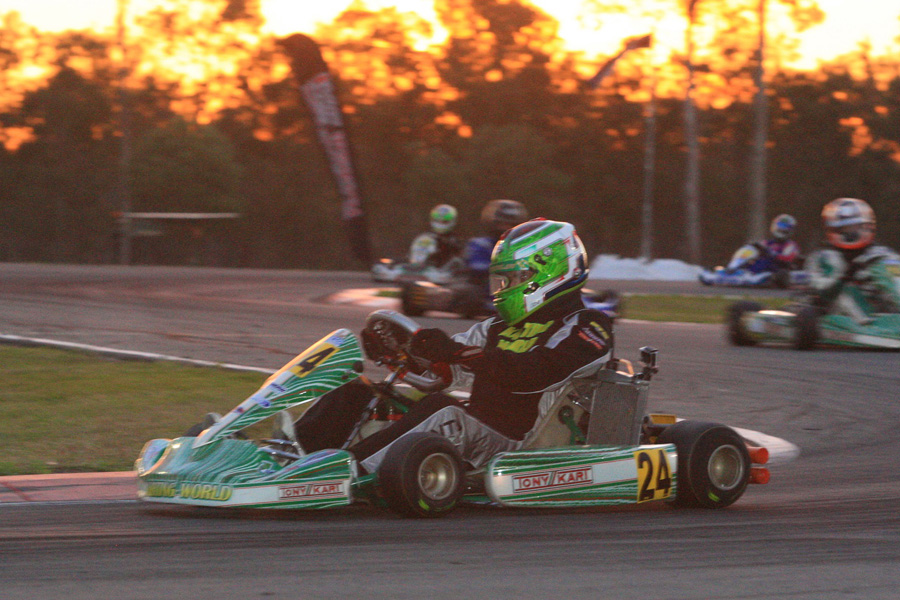 Above: Sydney’s Adam Hunter took pole and victory in heat one in DD2 Masters - Coopers Photography

Rotax Heavy – Proudly sponsored by IPKarting
Arrow driver Brendan Nelson showed an early dominance of the Rotax Heavy class taking pole position with a 49.333, just 0.1 seconds ahead of fellow Queenslander, Clem O’Mara. Rankings leader Rick Pringle took the third quickest time, with the gap between he and O’Mara at just 0.01 seconds. Sam Houston, Mason Barbera and Kel Treseder would round out the top six.

Brendan Nelson managed to secure an early breakaway in the opening Rotax Heavy heat, eventually going on to take victory over Clem O’Mara. Queensland’s Chris Farkas made a mid-race move to third over Kel Treseder who would finish fourth behind Farkas while Rick Pringle and Mason Barbera completed the top six. 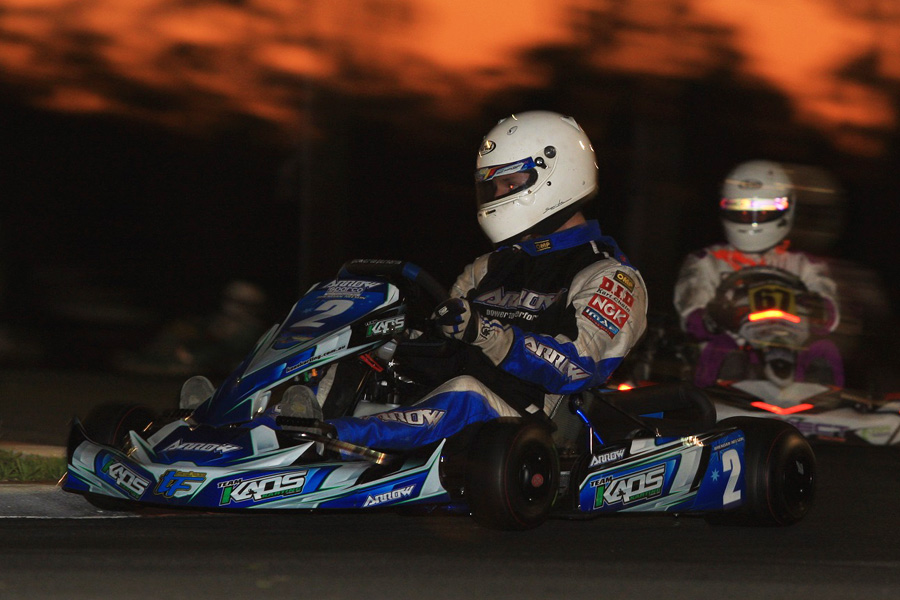 A strong start from the second row for Brooke Redden handed him an early lead in the Junior Trophy Class opening heat. In his first race in the category, Harrison Hoey would finish second behind the heard charging Redden with Glen Ormerod working his way up the order to finish third. Samuel Dicker fought back after starting seventh to finish fourth with Jye Hopkins and Jordan Pike rounding out the top six. 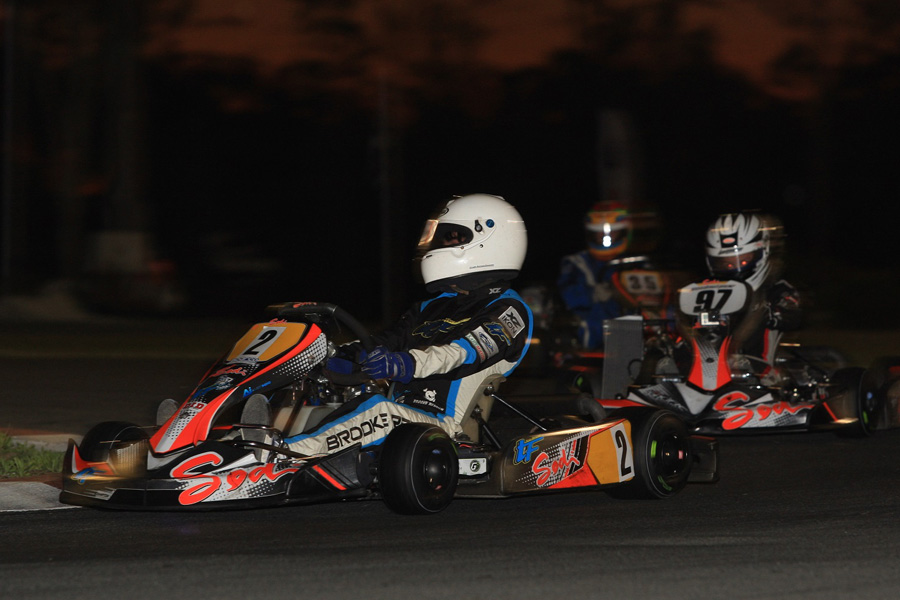 Above: West Australian Brooke Redden made a jump from third to take the win in heat one of the Junior Max Trophy Class
Coopers Photography

Rotax Light – Proudly sponsored by KartSportNews.com
With a grid of 55 Karts, Rotax Light would be split into two groups for qualifying according to times derived from practice. CRG’s Tyler Greenbury was the quickest of the large field with a 48.374, fractionally ahead of series leader Brad Jenner. Project X Racing’s Dalton Ellery managed the third fastest time in the eight minute session with Nicholas Dalton taking fourth. Rotax Grand Finals contender Ryan Kennedy was fifth with Aussie Racing Car regular James Abela in sixth in his second event in the category. 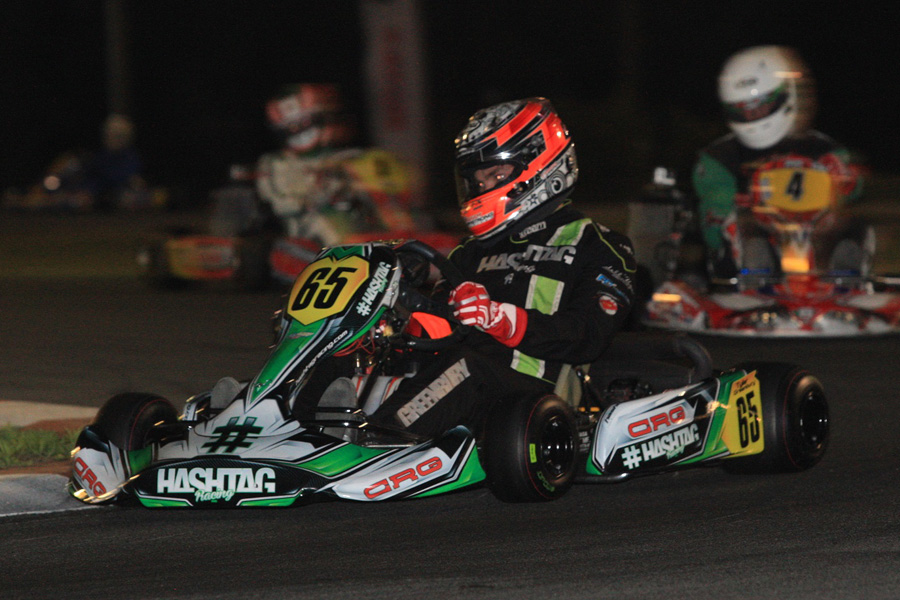 RK Kart driver Brad Jenner made a last lap pass to take the win in group B & C for Rotax Light finishing ahead of James Abela who led for much of the race. Nicholas Andrews finished third just ahead of New Zealand’s Daniel Kinsman with Gladstone’s Cian Fothergill in fifth and Dalton Ellery taking sixth. 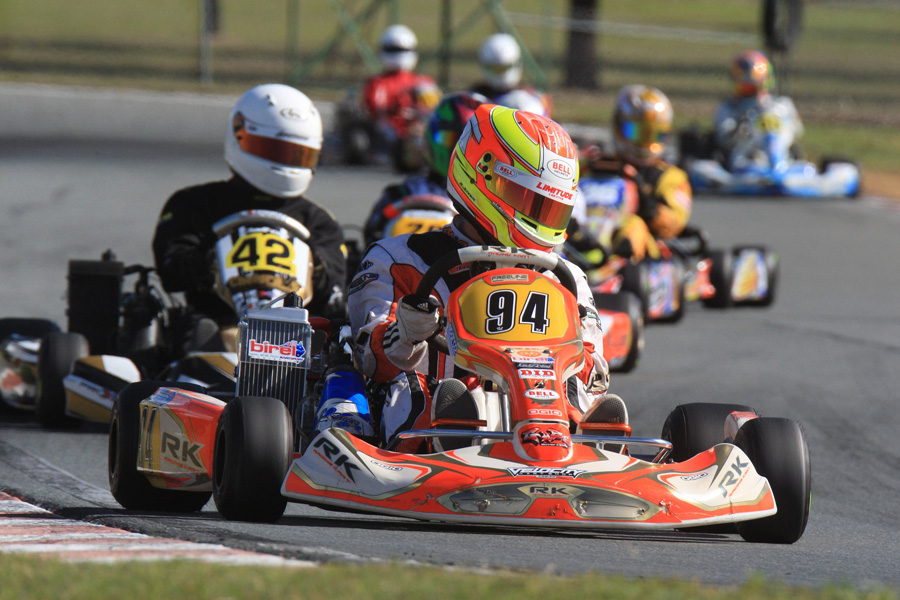 In a truly enthralling battle, Aaron Cameron came out on top in heat one for Junior Max in group A & D taking the win by just 0.3 seconds over Jake Kostecki. Polesitter Zane Morse went on take third, marginally over a hard charging Callum Walker in fourth. Birel’s Mitch Maddren worked his way up to fifth, finished ahead of Toowoomba’s William Brown.

After starting from pole, Exprit’s Jayden Ojeda went on to take the win in group B & C for Junior Max, less than two tenths ahead of Tony Kart driver Zane Goddard. The top three including eventual third place sitter Bryce Fullwood could not be split throughout much of the race, while Whitsunday’s young gun Jordan McGregor finished a comfortable fourth and Jack Smith fifth, with Brock Lannoy taking sixth. 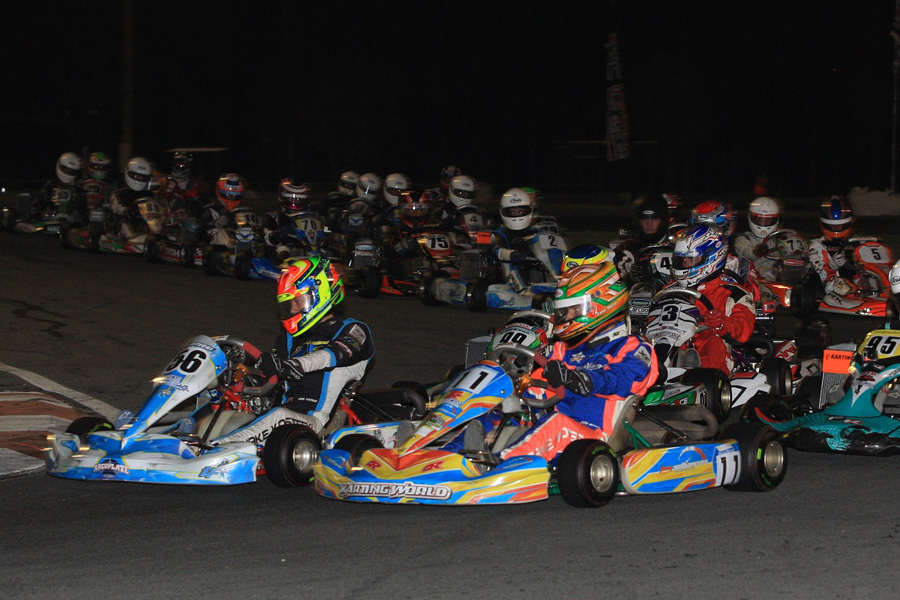 Lammers continued his impressive form making a strong jump away from the line to take the lead from the outset in the twelve lap race. Birel’s Jaxon Evans remained in second for the early stages of the race, attempting to challenge the lead of the Formula K driver before an incident saw Evans taken out of contention, progressing Joshua Crossingham to second which is where he would remain. Adam Lindstrom worked his way to third ensuring there would be two Formula K’s inside the top three while Joshua Drysdale finished fourth ahead of Michael Fabri and defending champion, Kel Treseder. 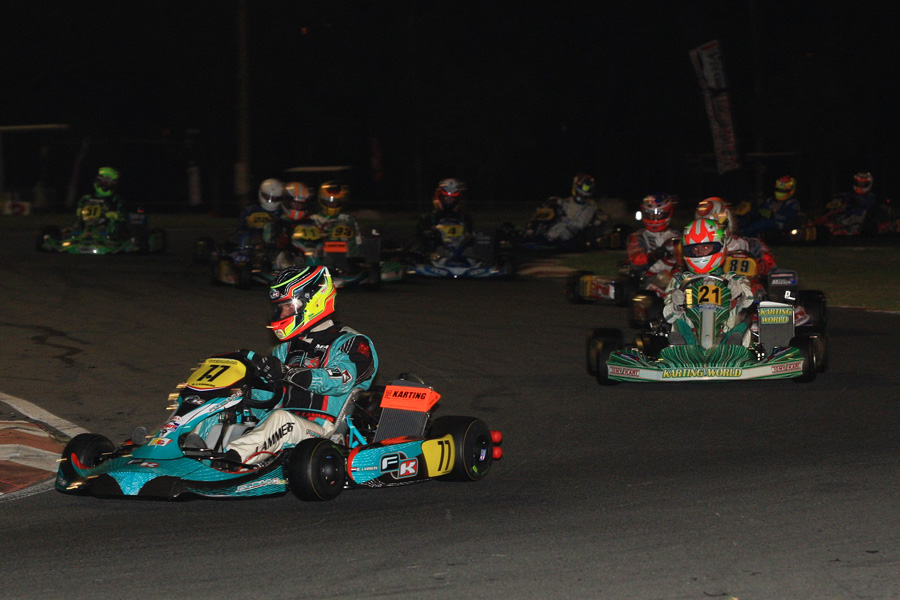 Above: Dutchman Bas Lammers drove to a comfortable victory in the opening heat for DD2 - Coopers Photography