The new season for the Rotax Pro Tour will launch this weekend with its iconic Australia Day weekend event at Port Melbourne’s Todd Road Kart circuit, with a new category and a record number of entries received to kick start the new 7 Round National Series.

A feature of this season’s Rotax Pro Tour will be the introduction of the globally recognised category, Mini Max. Utilising the Rotax 125 Junior Max engine and restricted to 13.6hp, the category is aimed at drivers aged between 9 and 12 and has already attracted a string of the nation’s best up and coming stars.

Victoria’s Sean Larkin took victory in the NSW State Title in the Cadets category and will be amongst the front runners in the new Mini Max class. A strong contingent of Queenslander’s will feature, including Declan Matthews who will be debuting his new Ricciardo Kart chassis. 2014 NT State Rookie Champion Gabriel Gasperak will race under the Tyler Greenbury banner with the Hashtag Racing outfit, while Jacinta Hoey, younger sister to Junior Max driver, Harrison, will have experience in her corner as she joins the Pro Tour for the first time.

On the back of his second consecutive appearance and first ever win at a Rotax Nationals, Tony Kart driver Adam Hunter will again headline a growing DD2 Masters field at Todd Road. Hunter will most assuredly be challenged for the front running positions by Victorian duo, Hamish Leighton and Daniel Richert who returns following a brief stint away from racing. Team Australia’s third representative from the Grand Finals, Steve Ellery will return to the seat, with the competitiveness expected to rise in the category for drivers aged over 32 with Karting veteran Jason Hryniuk making a debut appearance. 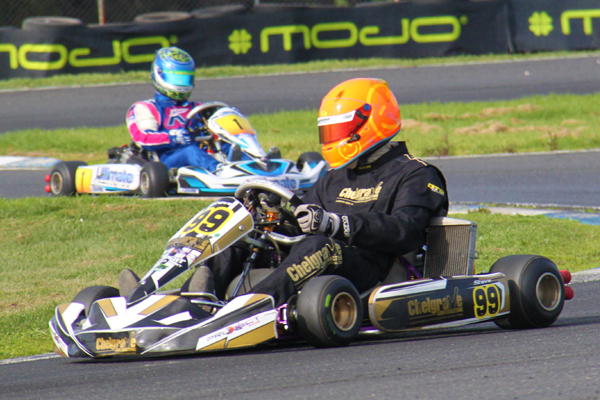 Above: Exprit driver Steve Ellery was one of three DD2 Masters competitors from Australia at the Rotax Max Challenge Grand Finals in November in Spain - Photo by IKD Media

A wealth of experience will form the Rotax Heavy field for the opening round with CRG’s Rick Pringle expected to headline the field. Local track experience will be in his favour as he comes up against multiple National Champion Scott Simpson, while Bundaberg’s Mason Barbera, who made his debut in the Australian V8 Ute Series in Sydney in December will return to defend his green plate and National title from the opening round. 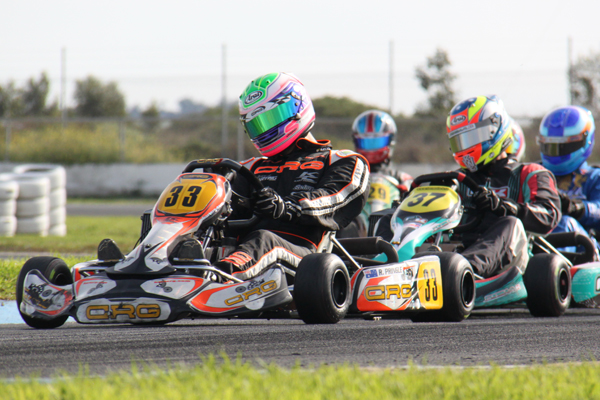 Above: CRG’s Rick Pringle will use a home track advantage in an experienced Rotax Heavy field - Photo by IKD Media

For its third year as part of the Rotax Pro Tour, the Junior Max Trophy Class has made the switch to use the Intrepid Freedom chassis. Acting as a feeder class to the open Junior Max category, it will again offer a fleet of junior drivers who are new to the National Series, the opportunity to adapt to Rotax racing and tracks around the country. In a true reflection of the wide range of locations that Pro Tour drivers originate from, Aaron Love will be amongst many West Australian’s who have committed to make the trek across Australia for the Melbourne event. The younger brother of Junior Max regular, Jordan Love, Aaron will no doubt take advantage of experience in his corner, both from his brother and his team. A family trio will also feature this weekend, with Lucas and Travis Lichtenberger, younger brothers to DD2 driver Nicklaus Lichtenberger set to make their first appearance in the Junior Max Trophy Class.

Rotax Light is one of two categories this weekend that has attracted over 50 entries, featuring some of Australia’s most experienced and best Kart drivers. 2014 National Champion and World Finals participant, Brad Jenner will return to defend his title and kick start his season towards a back to back International appearance this year. Jenner will have a fleet of challengers for the front running positions throughout the weekend, including fellow Victorian Daniel Rochford who makes his return to the Rotax Pro Tour. Former Australian Champion Pierce Lehane also re-joins the series after a season competing in the EuroMax Challenge. Joining them on the grid will be multiple National Karting Champions Matt Wall and Matthew Waters, thus creating an enthralling battle for the podium at the opening round of 7 for the season. 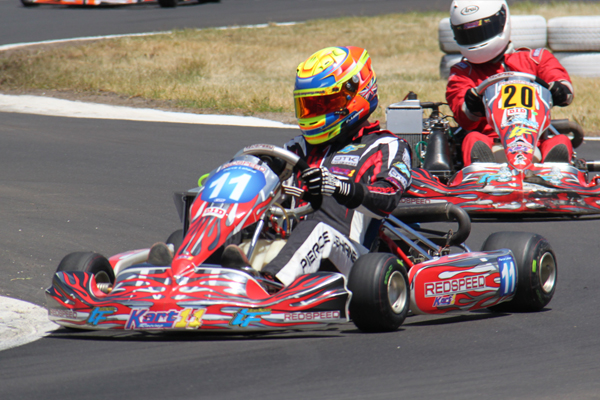 Above: Sydney’s Pierce Lehane returns to the Pro Tour after a year of competing in the EuroMax series - Photo by IKD Media

As with Rotax Light, Junior Max has again drawn a field of well over 50 drivers, with a broad variety of experience and newcomers to the Rotax Pro Tour series. After his victory at the Rotax Nationals in the Junior Trophy Class, Queensland’s Harrison Hoey has made the step up to the open category. Hoey will be joined by fellow Junior Max first-timer, Dylan Hollis who will combine his experience at Todd Road with a string of State and National titles as he makes his first appearance in a Praga Kart following a recent announcement that he is joining the IPKarting team. Jack Doohan will make his first start in the Rotax Pro Tour Series after achieving a raft of impressive results throughout the cadets and rookies categories. Following on from his National title victory at Ipswich in September, Canberra’s Zane Morse returns to defend his title, at the same time as having younger brother Alec competing alongside him for the first time in the category.

Following his first appearance at the Rotax Max Challenge Grand Finals in 2014 in Rotax Light, Queensland’s Ryan Kennedy has made the step up to DD2 for the new season as he embarks on a new encounter in his karting career. Victorian CRG pilot Jason Pringle will be amongst the most experienced Karters in the whole event as he returns for yet another season in the Rotax Pro Tour, however the younger brigade led by Albury’s Jordan Boys who achieved an incredible third at the Rotax World Finals in Spain will be amongst many driver’s challenging Pringle on his home track. Backing up Pringle in the experience corner will be Victorian’s Lee Mitchener and Troy Woolston while former Team Australia driver Kyle Ensbey will also return. Queensland pairing, Jack Smith and Will Brown will feature as part of the young contingent in the two speed gearbox category as they make the step directly from Junior Max to launch the 2015 season. 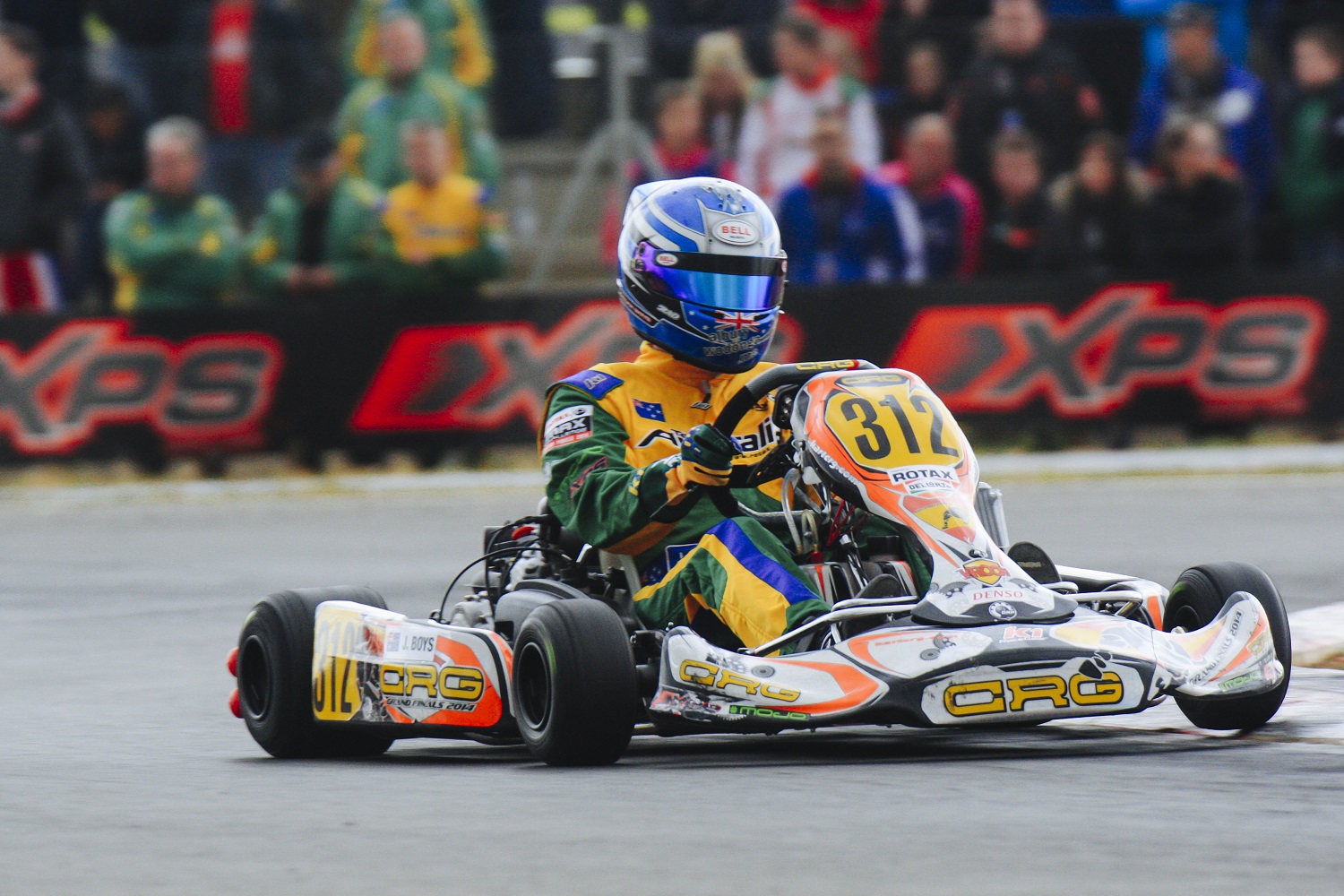