Reece Cohen from Kensington, NSW has won this year’s Junior Max Trophy Class prize and will travel to the US in October to compete in this year’s Rotax US Open at the Rio Hotel in Las Vegas!

The 13 year old Sydneysider claimed a convincing win in the Final at the weekend’s Pro Tour round in Puckapunyal, which ultimately put him back on top of the series points after sitting in second leading into the weekend.

“Our weekend at Puckapunyal was probably our most dominant round yet, winning all but one heat. I was definitely feeling the pressure as this was a make or break moment for me,” said Cohen.

“In the final I felt the most nervous I have ever been in racing. I can only imagine how nervous my dad was on the last couple of laps” 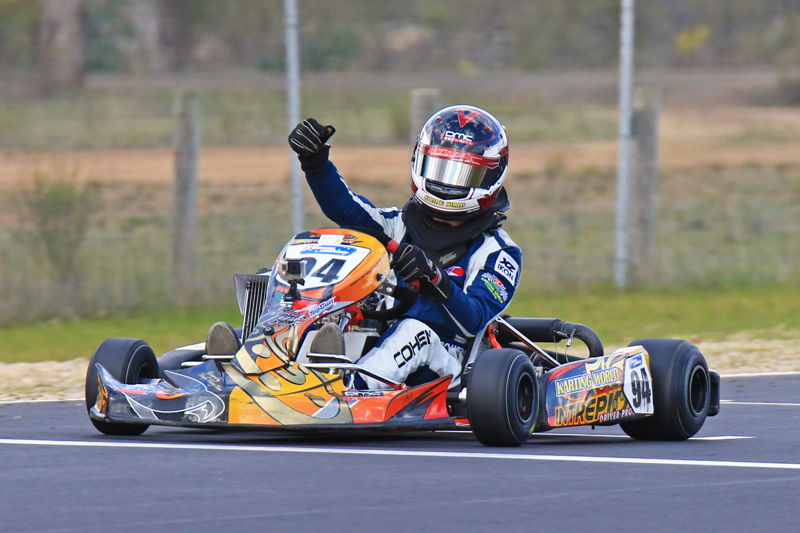 Cohen will now prepare to make his international debut racing in the Junior Max class with the Rolison Performance Group, aboard an OTK chassis supplied by IKD. Reece believes his year in the Junior Max Trophy Class has given him a lot of confidence and helped him to develop as a driver.

“Trophy Class has taught me to master the art of overtaking, how to lead a race, and given me confidence overall. I would recommend it to anyone before they step up to Junior Max.”

The event itself (previously known as the Rotax Pan American Challenge) is set to take place at the Rio Hotel in Las Vegas from the 28th – 31st October, and will attract Junior Max drivers from all over the world, with a ticket to the 2016 Rotax Max Challenge Grand Finals up for grabs!